SUPPORT JUDICIALPEDIA  “ Equal Justice for All”

Be a part of the Change 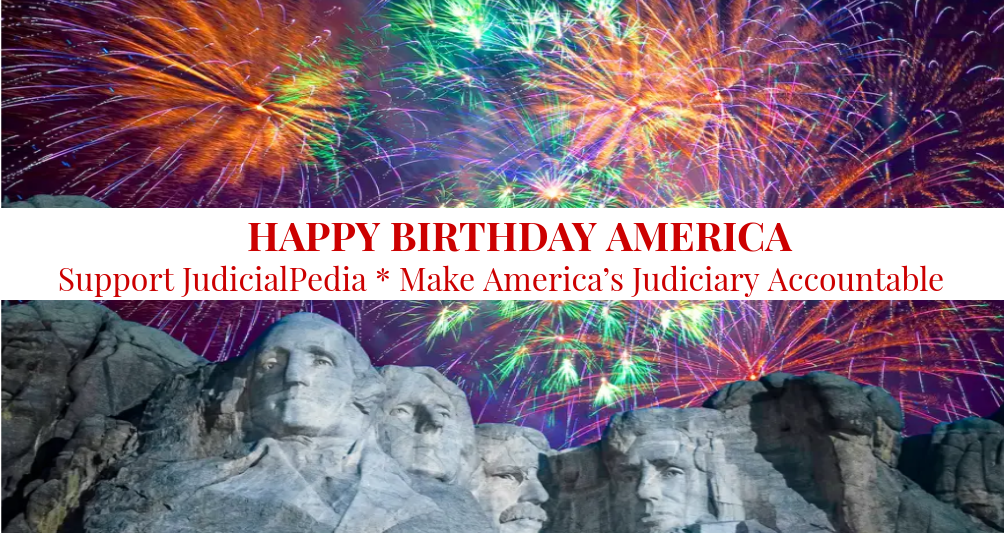 For the most part, Judicial Pedia will be Americans that have been denied the right of access to the courts i.e. a pro se litigant, or an innocent victim without having their life threatened and being Jailed by the Collusion, Racketeering of the Judicial Community. That the Judicial Community polices itself, that an American can go through all channels for help, to be turned away.

The Judicial Community has created a smoke and mirrors of Immunity that they have tried to force on the American people, to believe that they are above the law and cannot be held responsible for their actions in the courtroom.  This is untrue.  That the immunity is lost for actions that are for personal gain, that are willful acts that are and were malicious, violent, oppressive, fraudulent, wanton, and grossly reckless.  That Discrimination is color blind that there is discrimination for social, economic, and hierarch that exists in the Judicial Community to protect their own.

JudicialPedia’s goals are to bring together the American People, taking Social Hierarchy out of the picture.  Discrimination is no longer Color, Religion, Sex et al it is your Wealth and Place in Society  (Government, Elected Officials & Judiciary).  Today’s hierarchy is defined:    different degrees of power and authority by Persons who believe they are above the law as in Government – Elected Officials – Judiciary which when misused by these persons who believe “They make the laws for those that believe they are above the law so they do not have to follow the same Laws”

It has become self-evident that the Judiciary, Governmental, and Elected Officials have proven they cannot police themselves: Our goal is to ensure that the American people are given Justice Evenly and Fairly without prejudice. The end result will bring us back to justice and take care of the waste of tax dollars and the many who are falsely imprisoned.

To protect the independent rule of law; the availability and access of and to remedies for all, without fear or favour: common law protection of civil liberties. To prevent constitutional dissimulation via conflicts in rulings which are against their Oath of Office and or the Laws of the Supreme Court. To prevent judges overreaching themselves, even by the standards of the day, through using absurd determination and manipulation to prevent friends and or colleagues from being held accountable for their criminal acts.

That JudicialPedia is not affiliated with Republican, Democrat, Liberal, Conservative et al. We are not here to judge any part of any person and how they choose to live their life, nor their belief systems. We welcome all individuals or groups as members. We are simply here to enforce accountability of the Judicial, Governmental, and Elected Officials and to disclose and expose to the Public those that do not abide by their Oath of Office and support the enforcement of the individual’s Constitutional rights.

We do not believe in the Social Hierarchy of Society which is what our forefathers sought to protect with the United States Constitution and the Bill of Rights:

WHY You Should Give:

JudicialPedia is a new concept.   That can help 1 out  3 Americans if not all Americans.

●   Statistics show 1 out of 3 Americans have criminal records.

●   America has the largest prison population around the World.

●   That it is estimated that over 10,000 Americans yearly if not more are jailed that are innocent

The following Facts should shock all Americans:

●   Over 2.2 million people are currently in U.S. jails or prisons.

●   That’s more than the entire population of New Mexico.

●   Half of the world’s prison population of approximately 9 million people is held in the U.S., Russia, or China.

●   There are more jails than colleges in the U.S.

●   In many parts of the country, there are more people in jail than living on college campuses.

●   The U.S. prison population has more than quadrupled since the early 1980s: when mandatory minimum sentencing laws for drugs when into effect.

●   Severe prison overcrowding means that violent criminals are being released early to make room for non-violent drug offenders who are required to serve a minimum amount of time–regardless of what a judge says.

●   About half of the inmates in federal prisons are serving time for non-violent drug offenses.

●   The average annual cost to incarcerate one inmate in federal prison is about $29,000.

●   State spending on corrections has grown about 300 percent in just the past 20 years.

●   The Smarter Sentencing Act would save taxpayers nearly $24 billion over the next 20 years.