This site is for YOU,

for YOU to share with the world what happened in the court.

for YOU to voice and list the Judge, lawyers, guardians, cps, police, sheriffs, anyone who touched your case.

A New View of the Judicial System

For the People  NOT  For the Judiciary

These coming Resources will Empower Each of us

●      GrandJuryPedia.com   the Grand Jury is  the 4th arm of Government  The other three are the Judiciary, Executive & Legislative branch.   The Grand Jury was created for the people, to be used by the people,  to ensure no corruption in the other 3 branches of the government.

●      JudgesPedia.com  Jurisdiction:  Does your judge have jurisdiction over you? A judge loses jurisdiction over you when he shows bias, when he inserts his own feelings, when his acts or actions are not in the best interest of fairness in the Court.  This can be considered fraud on the court.  That when a judge lacks jurisdiction all of his orders are “VOID”  not voidable but “VOID”.  There is no statute of limitations on redress of a “VOID” order.  Judges today rule by who buys them:  breakfast, lunch, dinner, a weekend getaway, a good real estate deal, friendship, sex anyting but the truth & fairness.

●      LawyerPedia.net  In Virginia Lawyers have the protection of the “Virginia State Bar”   That good lawyers lose their license if they help a “Targeted” person.  The prime example is Rhetta Daniels in Richmond Virginia.

●      ClerkofCourtPedia.com  The clerk is the custodian of the docket and all documents filed in your case, against your Real Property.  Their job is to ensure Justice in the Grand Jury and in the courtroom and or the court house.

●      DivorcePedia.net  A place to share advice on a divorce, to ensure fairness, and the best for your children who are usually the collateral damage in a divorce.

●      CPSPedia.com  Many have issues with dealing with CPS, with many claiming that they are  or the  appearance is child trafficking of some.

●      GuardanPedia.com   Guardianship is the newest “SCHEME  / ENTERPRISE” of the Judiciary. it is so unbelievable and painful to hear the stories. This will be a place where people will be able to come and work together to make the change needed to protect our parents, our grandparents or anyone with an issue that a judge and lawyers can use their abuse of power to steal the person’s life and all assets.

●      DoctorPedia.net   To be able to find a “Truthful” doctor who can prevent the Guardianship and or the CPS nightmare.

●      NursingHomePedia.com  That Nursing Homes have a stake in the “SCHEME / Enterprise” of Guardianship and at times collude with the Judges and Lawyers

●      HospitalPedia.net  Help to find the Hospitals that work with you, with your loved one.  This I believe will be a positive.

●      ADAAdvocate.net The Americans with Disabilities Act (ADA) and State law require all state and local governmental entities, including the courts, to provide reasonable accommodations for persons with disabilities. The ADA benefits people who have an interest in court activities, programs and services.

●      ForeclosurePedia.net  That it is clear the “SCHEME / ENTERPRISE” of “FAKE” Mortgages that are being transferred between different Servicers / Banks.  The Cover Up includes the CFPB, FBI, DOJ, SEC the Court system.

●      DOJPedia.com  A place to explore your options and your rights

●      FBIPedia.com  A place to explore your options and your rights

●      PolicePedia.net   A place to explore your options and your rights

●      SheriffPedia.com   A place to explore your options and your rights

●     MilitaryPedia.org   A place to explore your options and your rights

●      PresidentPedia.com   To “CELEBRATE” the Presidents that are fighting for the rights of the people

●      SenatePedia.net   To learn where the change needs to be made, what laws are not being enforced.  New laws may not be needed – ENFORCEMENT of the laws already on the books may be the answer

●      CongressPedia.net   To learn where the change needs to be made, what laws are not being enforced.  New laws may not be needed – ENFORCEMENT of the laws already on the books may be the answer

●      StatePedia.net  To learn where the change needs to be made, what laws are not being enforced.  New laws may not be needed – ENFORCEMENT of the laws already on the books may be the answer

●      ProSeAmerica.net  Support to the Pro Se litigant that has become the “TARGET” of the court

●      AmLegalNews.com   The “Untold” stories, the media ignores and participates in the martionalization of those that are harmed by the courts.

●      JAMJustice.net   The Future to bring Justice to all

We do not want to leave a stone unturned. So many in America have been ruined by the Judiciary and now it is time for all to be heard.

Never before has there been an opportunity for the people and not for the Lawyers / Judges et al to have a voice to control the narrative of a case.

But, more important for you to know you are not alone, that you are not crazy, that what has happened is wrong.  So Stay Strong 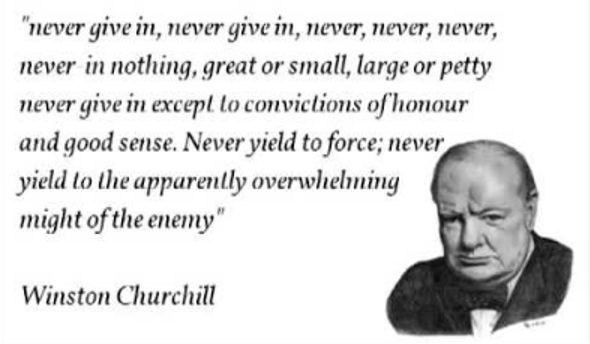 WHAT WILL BE THE RETALIATION & RETRIBUTION?  Only time will tell.

Don’t forget to Support the Change with